Sorry, no posts matched your criteria.

In the past few years, we have seen a rapid increase in the number of people displaced from their home owing to the consequences of natural catastrophes. When the October 2005 earthquake wreaked havoc in Pakistan’s northern areas, around 4 million people had to leave their homes and resort to settling in refugee camps.

Nearly a decade has passed since that calamity occurred but still a sizeable number of people are looking for permanent shelter. Hence, it is quite imperative to have a cost-efficient housing solution that doesn’t take a long time to build and is reliable enough to withstand any future calamities. That’s where the motive behind starting ModulusTech comes in!

ModulusTech is an upcoming startup that provides a sustainable housing solution in less than 2 lakh rupees. The founders began this initiative last year to work for the social cause of addressing the needs of IDPs as well as other citizens in Pakistan.

Using Building Information Modeling (BIM) and solar energy simulations, they have created a cost-effective model that can be built in just three hours. In the immediate future, they plan to partner with over dozen social organisations who can help this venture make a much larger impact.

Initially, the team was working on this idea as a Final Year Project. Generally, students work on final year project till graduation and once the degree is completed, the project is dusted and doomed. This group of three students from the Construction Engineering department of NED University of Engineering and Technology decided to take it one step ahead and formed their own company, ModulusTech.

Currently incubated in January 2017 batch of NEST I/O, they aim at providing robust and fast-paced housing solutions that can be built within a short period of time.

All of these innovative designs have been created keeping in mind the international building codes and follows the global trade-off standards in terms of constraints such as cost, quality, weight, strength, modularity and sustainability. In addition to this, they are committed to making use of green materials with low carbon footprint.

After spending nearly one year in thorough research and multiple experiments, this team was able to build a 230-square ft. house which took only three hours to construct with three workers. Besides having a lifespan of 10 years, this house is also equipped with necessities like electricity, plumbing, ventilation etc. alongside possessing cyclone and earthquake resistance as well. 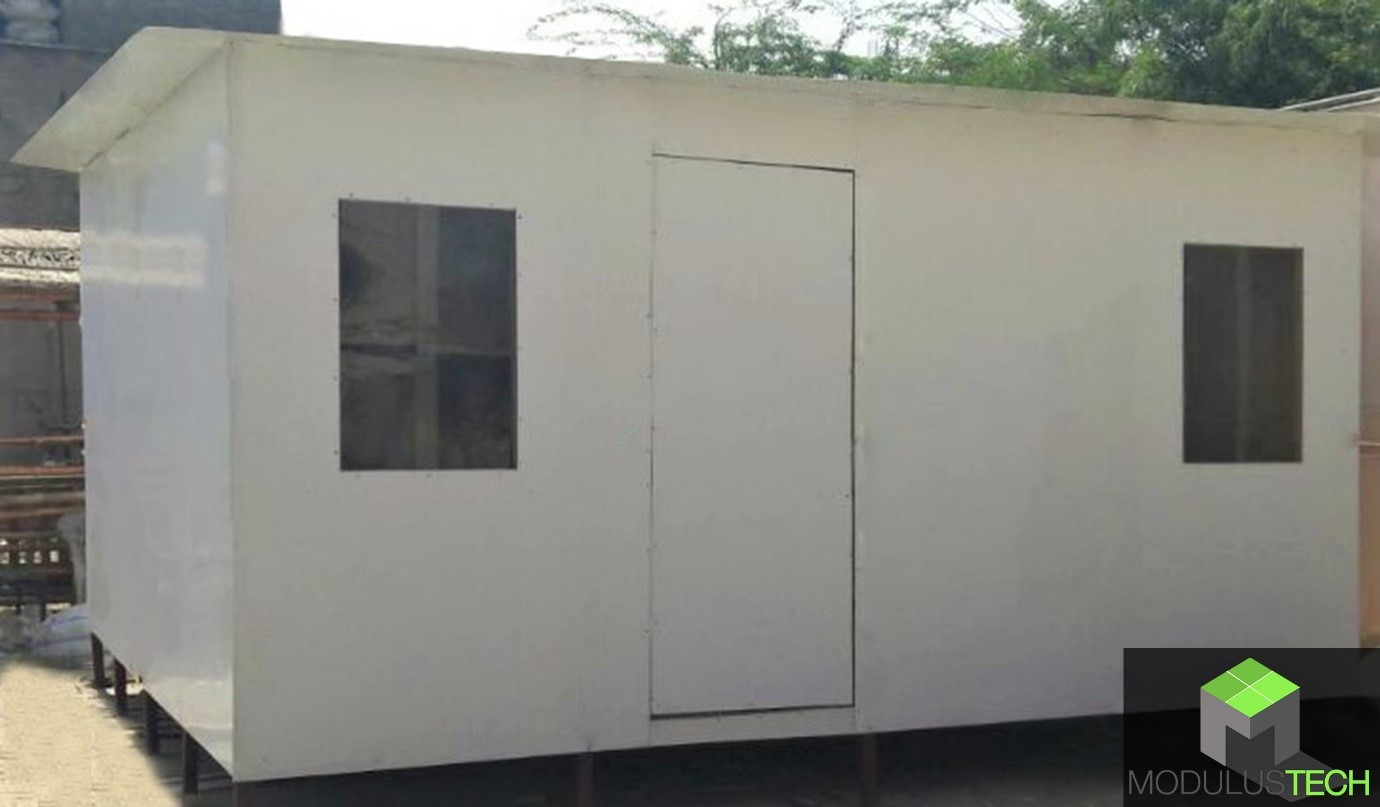 ModulusTech’s housing solution that took only three hours to build!

Right from initial site preparation of the designated area to the handing over of the final product to the client, they follow a modular construction technique that caters to two significant factors: minimum labor requirement and lightweight component design. Based on their research, their designed homes enjoy a competitive advantage over other solutions including meridians, tents and containerized homes.

In the words of Nabeel who speaks about the future prospects of ModulusTech,

“We want to create an impact. Especially for IDPs and slums. All those affected areas. We have seen the state of refugee camps in Pakistan! Lots of social issues for the nearly 4 million people. We will start from Pakistan and then take it forward by improving the living conditions here! Using our housing solutions, entire colonies can be created in a matter of days. In the last few decades, technology has grown exponentially but we haven’t used it to address our basic needs. We are trying to create a linkage between them!”